Thank you for informing us that our film will not be screened at this year’s Festival.
To be completely honest, we were not expecting any sort of notice. We have a framed rejection letter from Sundance proudly displayed in the office to remind us how the personal touch has been lost over the years, so even a pre-written rejection letter via email is nicer than just waiting for the screenings to be announced. Of course, getting a rejection notice ten days after the event ended seems a little odd—you’re probably very busy.
What makes this even more confusing is that we submitted our short film, “#WokeButDrowsy,” for the 2020 [REDACTED] Festival.
At first, we thought it must have gotten lost among all the other submissions you’ve received in the last few years. Then we remembered that we actually were selected for the 2020 festival—We kept the original congratulatory selection email, and we've had the “Official Selection” laurels on our poster for the last couple of years. They look really nice, next to the laurels we got from the Ogden Film Festival. 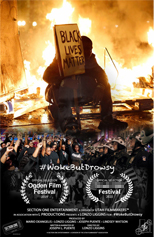 Then, we wondered, “Maybe we were selected but they forgot to screen it.” We weren’t there, so we can’t say.
Thank goodness for the internet! It was, in fact, selected and screened at the 2020 [REDACTED] Festival and given a positive review on your Facebook page! Which we thought was great… But, now we’re confused…
Why would we get a rejection notice 2½ years later?
Was there some part of the film that you found objectionable today that you just didn’t notice before?

Do you want your laurels back?
We honestly don’t think that you can do that. I suppose I could ask an attorney for their input, but if we’re going about this according to playground jurisprudence—which appears to be the case—I believe the legal precedent one may cite is “No backsies!”
However, we are willing to compromise on this. Attached is an updated copy of our poster.
Thanks for letting us know. 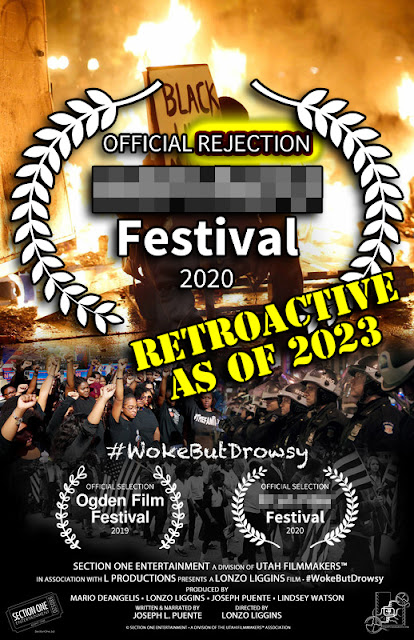 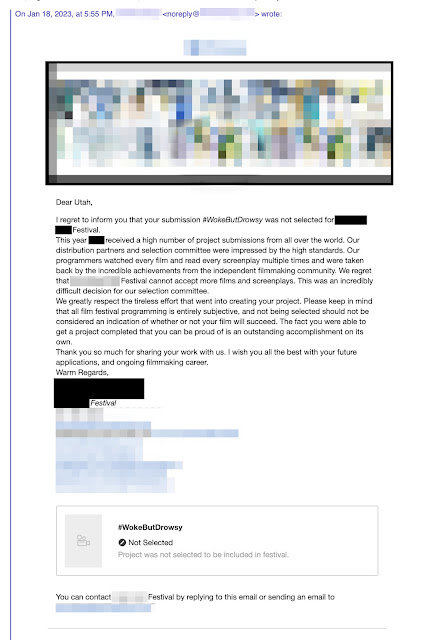 Posted by Joseph L. Puente at 10:31 AM
Email ThisBlogThis!Share to TwitterShare to FacebookShare to Pinterest
Newer Posts Older Posts Home