(Originally posted on Facebook to a limited audience on June 13, 2022) 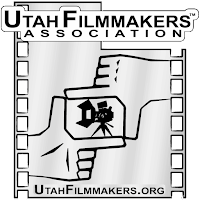 I’ve said this before: I try to keep my public posts on social media light, entertaining, and/or thoughtful. However, from time to time, I want to share things that may only interest a specific cohort of friends and/or colleagues.

For example, when seeking recommendations for something local to me, I try to limit my audience to a geographically defined list of friends. My brothers in California might know the best [insert hypothetical resource] that’s just down the road from them, but that wouldn’t help me in Utah.

I also have a “Spiritchal” list as a courtesy to friends who consider themselves agnostic or areligious and who aren’t as keen to see that sort of content in their newsfeeds. There’s also a very select group that’s privy to humorous posts of a certain color; I don’t just add anyone to the “Blue Humor” list—anymore.
There are also times—similar to the moment when I choose to share this pre-written and edited collection of thoughts—when I feel the need to share something personal with only a close circle of friends. At those times, I’ll limit the audience to my list of “Confidants.”

However, this particular post—which is only kinda personal but also related to my professional endeavors—will be more accessible without going 100% public. I’ve also chosen to tag some specific individuals for their confidential feedback. Still, anyone who can see this post is invited to share any thoughts and suggestions they might have privately. So, here we go…

It’s been a rough decade—I suppose I could add the words “so far,” but, man, sometimes it feels like it’s already been at least a decade or two! Regardless of whether or not some acknowledge that it has not ended, the Pandemic experience continues to impact everyone in different ways, and I’m no exception. I’ve been diligent enough to have not contracted COVID-19, and I’m vaccinated and boosted. At first, I didn’t think that lockdown would be that big a deal for me because I’m kind of a homebody anyway, but it has taken a greater toll than expected. I’m grateful for the love and support of my wife and family and for having access to resources and tools to help me cope. Still, they also have their limits—in all fairness, I’ve seen a lot of improvements in the VA healthcare system over the years, but it’s still woefully underresourced. Late last year—with Danica’s encouragement—I decided to resume talk therapy. After months of waiting for a slot to open up, I was able to attend three remote sessions before my therapist informed me that I had to go back onto a waiting list because they found themselves unexpectedly leaving the VA. I can only assume that they were unaware of this imminent change until after they had agreed to take me on as a client. And so, the wait continues. I have a new appointment with a new therapist… scheduled for September.

I’ve also come to acknowledge that some of the difficulties that I’ve been struggling with actually predate the Pandemic. As some of you are aware, in 2018, I experienced a “Lumbar Compression Fracture” and spent the better part of that spring and summer with very limited mobility—I even had to use a wheelchair. While I’ve physically recovered from that experience—for the most part—it also had a major psychological impact on me, leading me to second-guess myself and what I’m capable of doing—especially as an actor and filmmaker—mostly out of a genuine fear of injuring myself again. I have participated in some filmmaking projects since then—both in front of and behind the camera—but not without struggling with a great deal of anxiety, making it difficult to put myself out there as much as I used to and further delaying some tasks like getting my acting reel and online portfolio updated.

My efforts with my non-profit organization, Utah Filmmakers™, have continued as best they can—a distinct brand has been evolving, I’ve secured ownership of additional trademarks registered with the state and some premium top-level domain names, and its outreach into the community has expanded a bit with a new Mentorship and Associate programs—but I feel like I’ve spread myself too thin. As I’ve mentioned to a few of you that have been tagged in this post, I’m struggling to effectively manage the programs I’ve implemented, which has contributed significantly to my general anxiety. I don’t want to pull the plug on anything, but I can’t just walk away.

Last fall, I spoke with a consultant about Utah Filmmakers™ and was frank about how I have been running it—mindful of all due diligence but still mostly on my own. At the end of our conversation, they asked me what they could do to help me, and I said, “Ya know, if you could just summarize what we’ve talked about and offer some pointers on the most important issues, that would give me a better grasp of what I should do moving forward.”

They emailed me a detailed summary of our conversation and some very helpful suggestions that included things like strategic planning, building a Board of Directors that’s more than just a list of names, and joining the Utah Nonprofits Association and the Utah Cultural Alliance. Those last two were really easy since I have been a dues-paying member of the UNA and UCA for a few years.

At the start of 2022, I did reach out to the UNA and the UFA™ Board of Directors to discuss my desire to try and implement some practical changes and clearly define the long-term goals for the organization. I downloaded some literature, then I “got distracted” by the fact that Utah Filmmakers™ was approaching its 20th Anniversary, bringing with it a distinct collection of stress and anxiety—which seemed preferable to deal with at the time. Now that that’s out of the way—for the most part—I know that I need to shift my focus back onto the organization itself… and, once again, I feel paralyzed by anxiety.

I’ve developed some pretty good organizational skills over the years. I think I’ve proven to be an effective film producer when I’ve had the proper resources to work with—specifically, funding. While I think I’ve figured out the broad strokes of a strategic plan for Utah Filmmakers™ moving forward—see the flow-chart that accompanies this post—I feel I’ve hit a wall as far as what I’m capable of managing on my own.

I’ve never been very effective at nonprofit fundraising. However, I am pretty good at bookkeeping, managing due diligence, submitting tax forms and reports on time, renewing permits, and maintaining memberships, registrations, and licensures.

My experience with recruiting individuals to take a more active part in Utah Filmmakers™ has been difficult. I’m always hesitant to ask anyone to do anything without being able to compensate them in some way—I’ve managed to secure a few grants over the years, but nothing substantial enough to hire someone even for general administrative functions. When I can offer something tangible and with quantifiable value—sponsored t-shirts, free Google Workspace accounts—I still feel conflicted when asking people to follow through on their commitments. I don’t want to pester anyone, to be seen as demanding, or create the impression that I’m ungrateful for the assistance I can garner for what little I’ve been able to offer for it.

I want to reorganize Utah Filmmakers™ as an organization. I need to rebuild the board of directors with individuals who will commit to actively participating in its mission. I’d like to recruit board members with more practical nonprofit experience—especially in basic governance and fundraising. I want to include individuals actively associated with other organizations and businesses with similar goals related to filmmaking and the film industry—I’m also open to more formal partnerships with other nonprofit organizations. I believe it’s possible to do this without creating any conflicts of interest because such individuals would be able to help ensure that Utah Filmmakers™ is not reinventing the wheel—i.e. doing anything that’s already been successfully implemented by another organization, business, or agency.

I think that Utah Filmmakers™ offers something of value to the community and the local film industry. As much as I want to keep working at this, I just don’t think I can keep doing it alone. I need help.
If you’ve managed to make it through this post (especially if you weren’t directly tagged in it) and you can help me accomplish some of the goals I’ve described above—or know someone who can—I’d like to hear from you.

You can email me at admin@utahfilmmakers.org 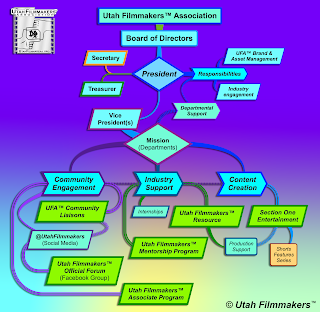 Posted by Joseph L. Puente at 9:44 AM
Email ThisBlogThis!Share to TwitterShare to FacebookShare to Pinterest
Newer Posts Older Posts Home